Michael KochPosted on 5. Oktober 2013 No Comments 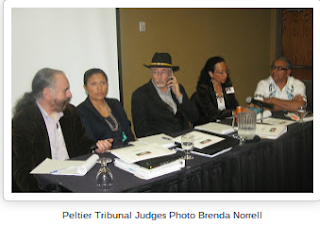 The Peltier Tribunal found the US has committed egregious human rights violations, genocide of Indian people and the withholding of testimony in the trial of Leonard Peltier.
The Constitutional violations of Peltier’s rights include the right to fair process, trial by jury of peers, and the free exercise of religion. The violations of international law include violations of the Fort Laramie Treaty, violations of the UN Declaration on the Rights of Indigenous Peoples and other human rights guaranteed by the United Nations.
The Tribunal said the resolution of these injustices includes the immediate freedom for Leonard Peltier. The options include a new fair trial for Peltier, executive clemency or compassionate release.
Justice is dependent on the appointment of independent counsel to review and charge all those guilty of murder and assaults on Pine Ridge, where there have been more than 60 unsolved murders.
The Tribunal called for the restoration of the criminal justice system in Indian country, including recognition of the sovereign right of Indian Nations to prosecute non-Indians for crimes on Indian lands, including FBI agents for crimes against Indian people.
The Tribunal stated that the doctrine of discovery and other fictional documents should be abolished.
The FBI must begin this process of restoration of justice by issuing a statement of remorse to Oglala Lakotas on Pine Ridge.
The environmental injustice based on racism must end on Indian lands.

The Tribunal’s complete findings will be released shortly.

Earlier, during today’s testimony, describing the fabrication of evidence against Leonard Peliter, Lakota Bill Means said the FBI is the modern day Calvary.
Dennis Banks Testimony
AIM cofounder Dennis Banks, presenting concluding testimony to the three day Peltier Tribunal, described Manifest Destiny. Banks said the religious community that came with Columbus is widely mistrusted.
Banks spoke on the sterilization of Indian women. Bank said his wife Kamook was asked to participate in an experiment on sterilization and was told it could be reversed by an IHS doctor.
After receiving a phone call from Kamook, Banks said, “I became angry because I knew they sterilized so many Indian women.” IHS then moved Kamook to Nebraska. 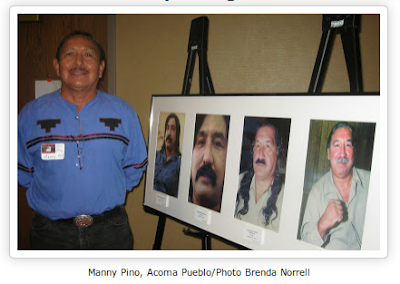