Michael KochPosted on 9. Februar 2017 No Comments 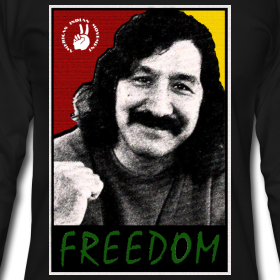 I know I’m late in getting the Feb, 6th 2017 statement out, i have been waiting on some info that I wanted to mention that is very important to MY case and very possible my release. But reorganizing the committee has slowed us up and and caused a lot of distractions to keep us moving forward on the moving/reopening of the ILPDC.

Thanks to Kari and Paulette we are almost there in reorganizing the Committee. They have found office space with in the native community that has welcomed them with open arms and a place for them to live. Kari is now in the process of having the files moved there by a moving van which is costly and then to organize and set up the office. She will have to find volunteer staff to help with this. Then she will need experienced computer people to help reorganize the website and files. She has some supporters who are interested and who are experience/professionals in this field, Nothing definite with them but they are showing interest, and have NOT said no. So far no one has said NO and we have some very good People (s) coming on as ILPDC board members. So I’m feeling very positive about all of it. I believe we can and will set up a very powerful defense committee w/a world wide network. Remember the ILPDC had over 50 Chapters with over a million viewers on the website, we need to get those figure’s back and tripled a asap.

I have been doing some legal research and this case is far from over there are a number of legal Issues/appeals we can file, we will just need a honest court that ( as Trump has repeatedly said, and one of the very few things I agree with him on!) is not rigged and or corrupt. Of course lawyers who want to really help and not be working for the corrupt system.

The on going support out there is really over whelming and it has given me the encouragement i needed to continue on, Now please, do not misunderstand me I have never had any intentions of ever giving up and I will never do such a thing, yes it has gotten very depressing at times, even more SO lately when you see the country turn into an out right openly IN our Faces Police state, with the fascist coming out of the wood work like maggots they are. BUT when you analyze it there are more of us then them “Millions in Fact”! so we need not be afraid all we need to do is keep building this world wide movement that is being organized today. OUR problems here in America is we need new better leaders and have to tell the Clinton’s, the Obama’s to get lost we will not allow them to come in and disrupt our movement. They have showed us what they are all about and are no different then the right wingers who came and stole what little rights as free peoples ( i know which was few) we have have had and won over the past 50-60 yrs.

My goals before i pass on to another world is to see a native in the White House, filling the senate and congress, one who will not sell out the Peoples so i will be helping to build this movement, and a ” Real second Political Party” !!. We have no other choice what else do you have to choose from? It should be quiet obvious to everyone, the democrats and republicans are still the same party as one when they first organized it in 1830. so until later I will ask you to continue to support/believe in me and help us immediately to get reorganized with the ILPDC office, we have some great new Info/materials to work with so it will not be boring and far form hopeless.

Thank you IN the spirit of Crazy Horse.
Doksha,
Leonard Peltier.